I had just downed a coffee stout and a bunch of cookies last night, so I was feeling both wired and unfocused. That's my perfect state for brainstorming, so I challenged the DW Discord to help come up with 40 minor magical items for thieves.  We got 41 in 39 minutes. (#42 came to me while I was compiling this list.)

Here are the fruits of our tipsy labor. Attribution given for each; if there's no attribution, it was mine. 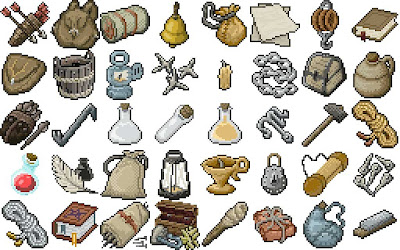 Posted by Jeremy Strandberg at 10:48 AM